Kennedy Lakes is a Class II Protected Natural Area (PNA) covering 206.65 square kilometers of land located close to the center of the province of New Brunswick.  This PNA captures two eco-regions: Southern Uplands and Valley Lowlands as elevations vary from 200-580 meters.  Tolerant hardwoods can be found on the hilltops and intolerant hardwoods, balsam fir and spruce can be found in the valleys.  Jack and white pine can be found in the more central areas where it is drier and rockier, and black spruce and eastern cedar in the wetter areas.  The southern boundary of the Kennedy Lakes is the Renous- Plaster Rock Highway (NBDNR). 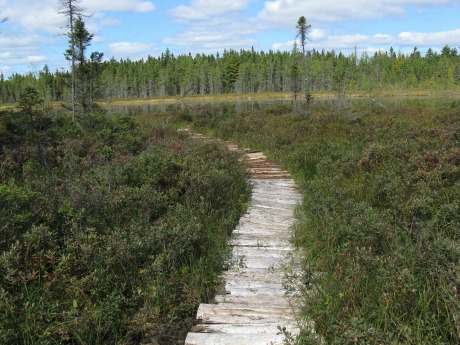 In 2008-09 MREAC undertook a project to construct a portage trail within Kennedy Lakes PNA. The Kennedy Lakes, namesake to the PNA name, are used by canoeist and fishermen.  From the existing woods road access visitors to the lake are required to portage canoes to Second Fowler Lake and the to Main Kennedy Lake.  Due to the wetland fringe to these lakes, the approach is difficult.  Several braided pathways developed over the years, causing damage to plants and wetland habitat.  It was recommended by the Kennedy Lakes Local Area Committee to construct a trail through these wetlands in order to prevent further damage to the areas by having a single, solid path.  Using cedar slabs cut into approximately one meter lengths, nylon cord was stabled to the bottom to provide support.  MREAC staff worked on the trail along with volunteers from NBCC Environmental Technology students and local canoeing enthusiasts.  Apart from some minimal maintenance, we hope the portage trail will offer solid, not necessarily dry, footing for many years to come. 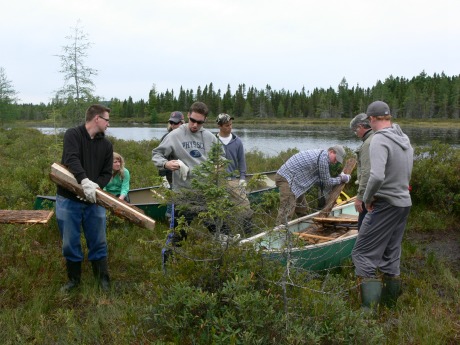 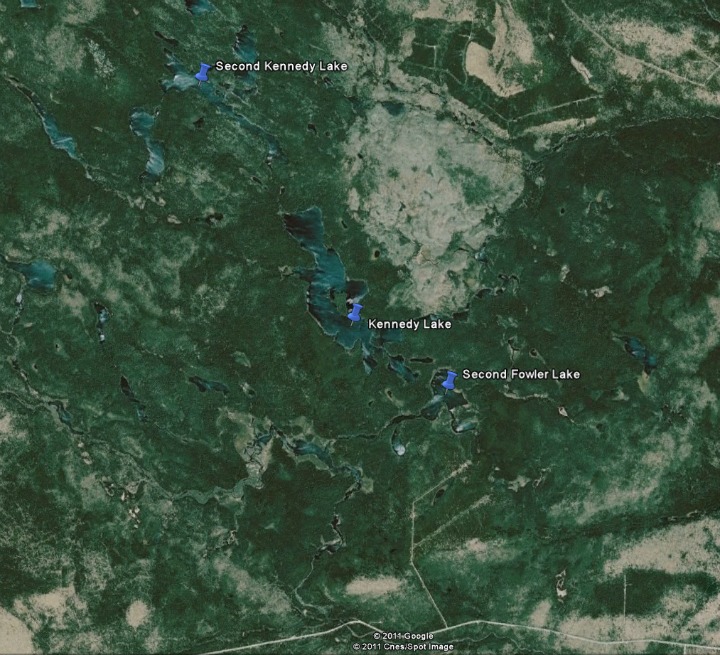