Interest in pH monitoring on the Miramichi River and tributaries is based on a concern primarily for fish habitat.  Many waterways with lower pH levels (e.g. Nova Scotia’s southeast shore) due to “acid rain” and low buffering capacities have suffered the complete loss of some species, Atlantic salmon being an example.  We do not currently have this level of concerns for pH levels on the Miramichi.

The land use history of some Miramichi tributaries however presents a storyline that included serious issues related to low pH levels.  Mining on the headwaters of the Northwest Miramichi River resulted in the release of “acid mine drainage” that, combined with copper and zine levels, resulted in conditions that were locally lethal to Atlantic salmon based on caged fish studies in the 1980’s and 1990’s.  These issues were mitigated with the capture and treatment of the drainage.  Following the Heath Steele Mine closure in 1999 the site underwent significant remediation.  The drainage from the mine site continues to be captured and mutualized prior to release. 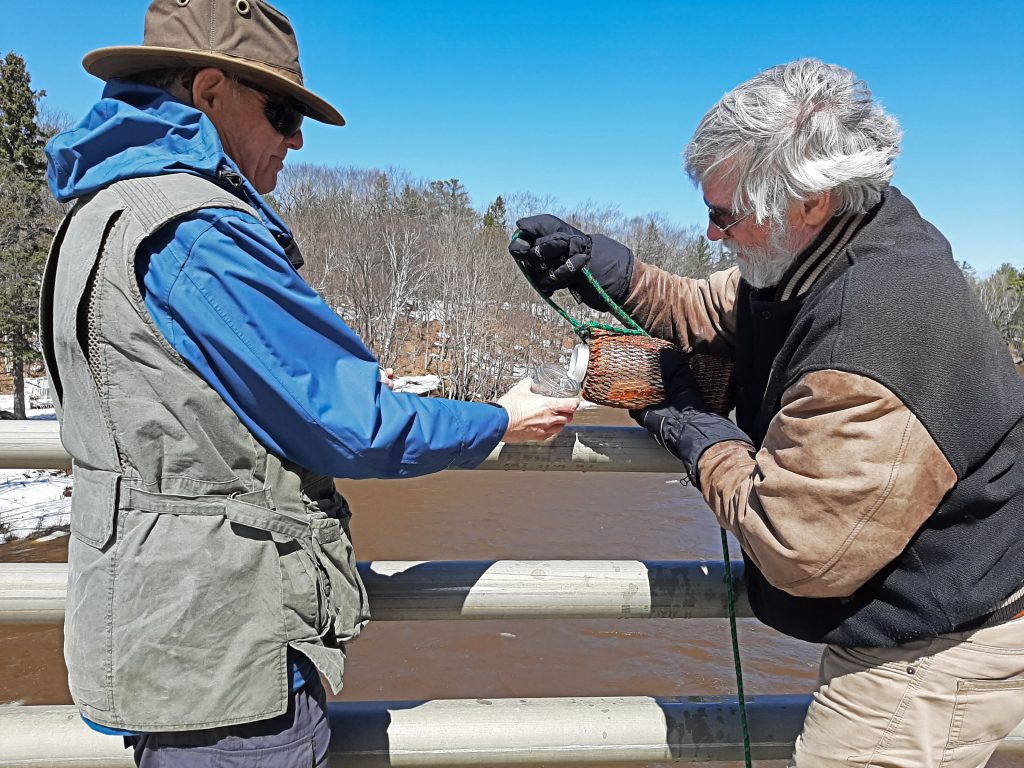 More recently, pH levels are being revisited as a habitat concern.  Fisheries and Oceans Canada are undertaking real-time monitoring at the Oxbow on the Little Southwest Miramichi.  MREAC staff and volunteers are engaged in sampling available open-water sites in late winter and spring on a variety of waterways, well before ice-out.  Snow sampling is conducted during these same outings. 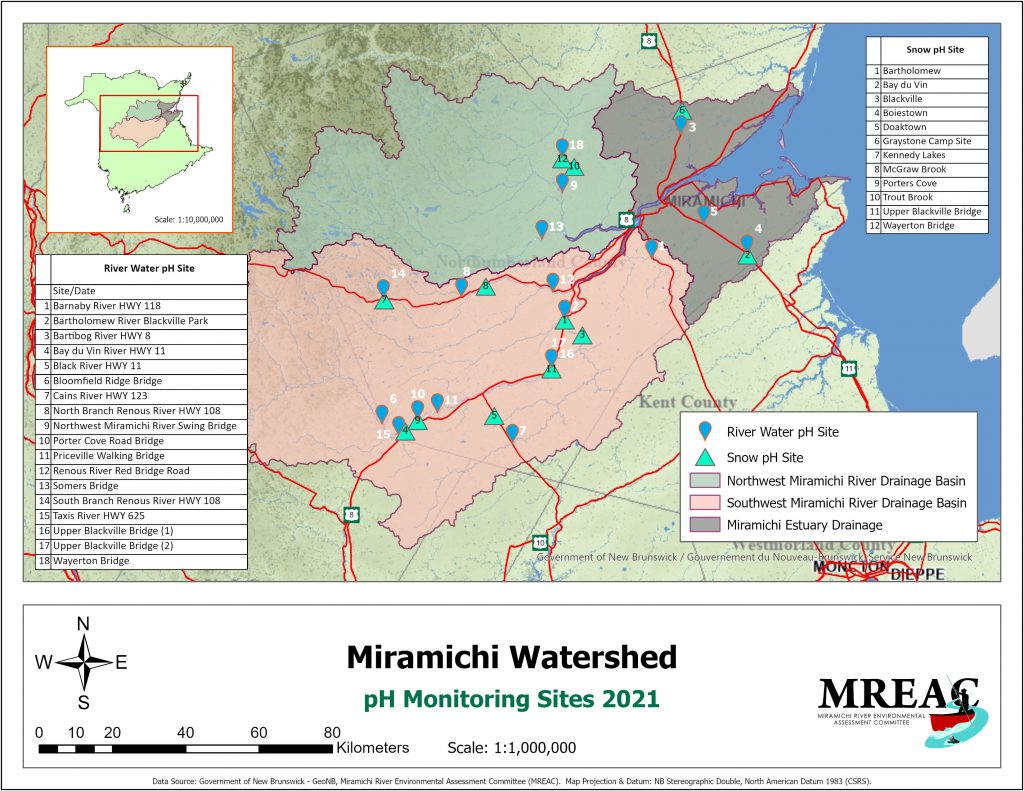