MREAC established a partnership with the New Brunswick Department of Environment and Local Government (DELG) in 2009-10 to begin conducting snow and ice studies in the Miramichi River watershed.  The project began in January 2010 with five stations throughout the Miramichi and in 2013 expanded to include nine stations.  Snow pack conditions during the winter months (January-April) are monitored at these nine stations throughout the watershed: 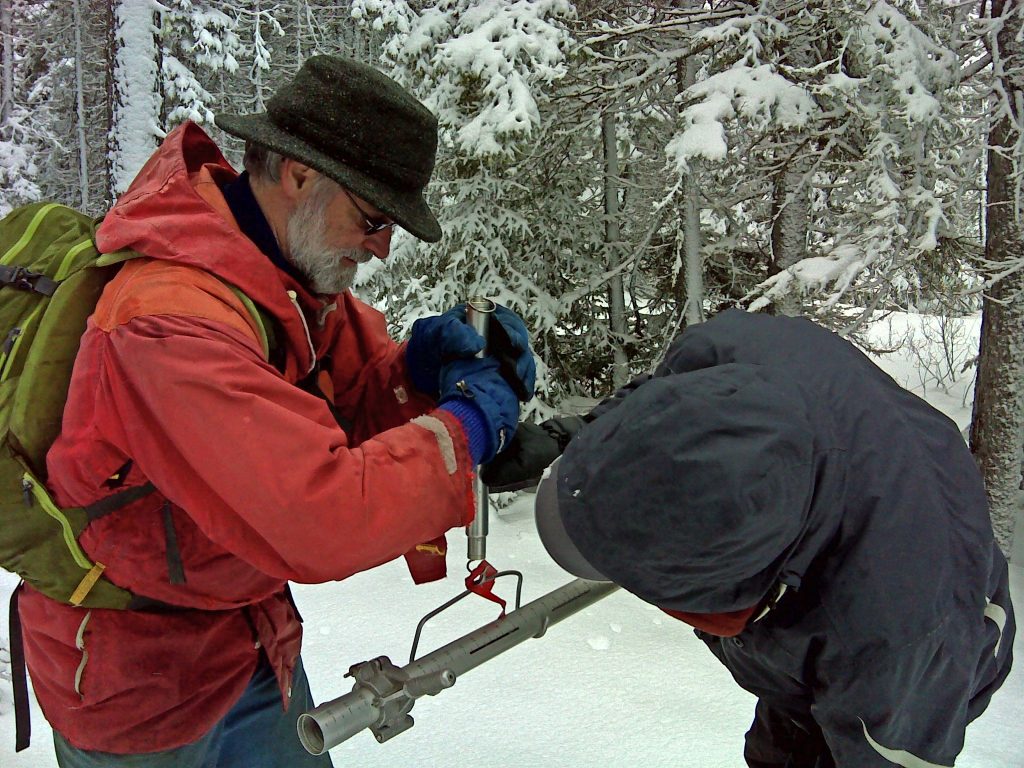 These stations were selected based on distribution within the watershed and easy access during the winter season.  At each of these nine stations, 5-6 sites have been marked off to create a snow course.  When the stations are visited, a snow core pole is used to measure the depth of the snow and the water equivalent of each core sample.

The data collected from this project will assist DELG in completing their model for provincial snowfall in order to help predict annual spring flooding. 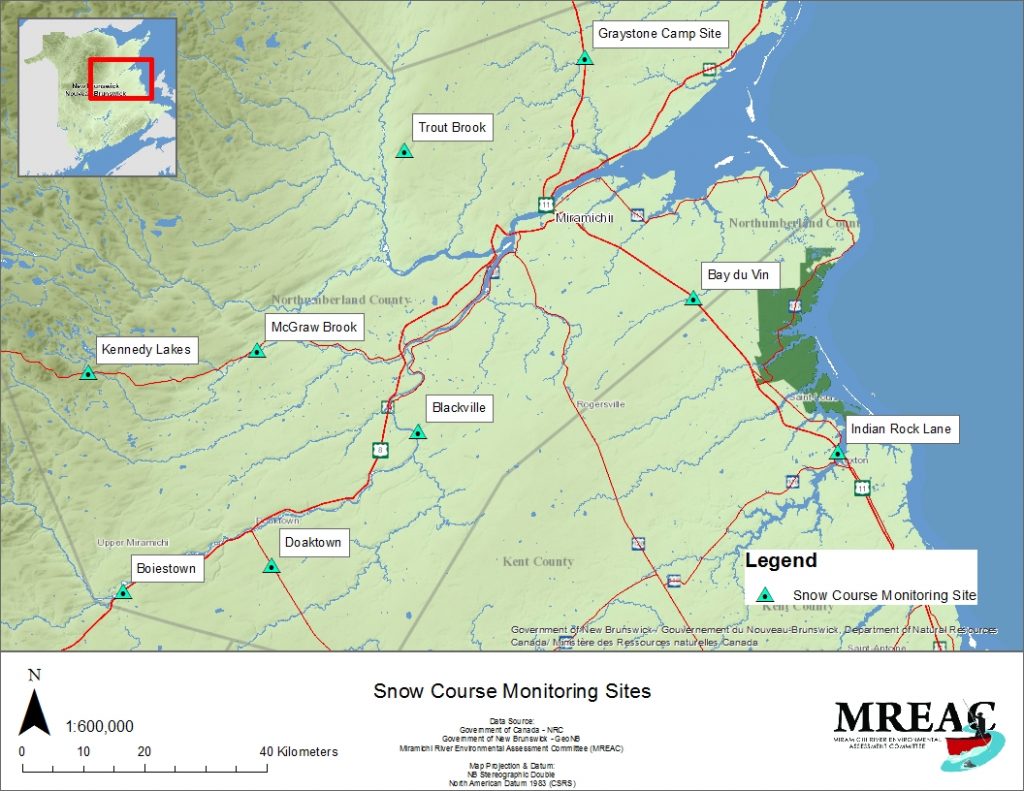